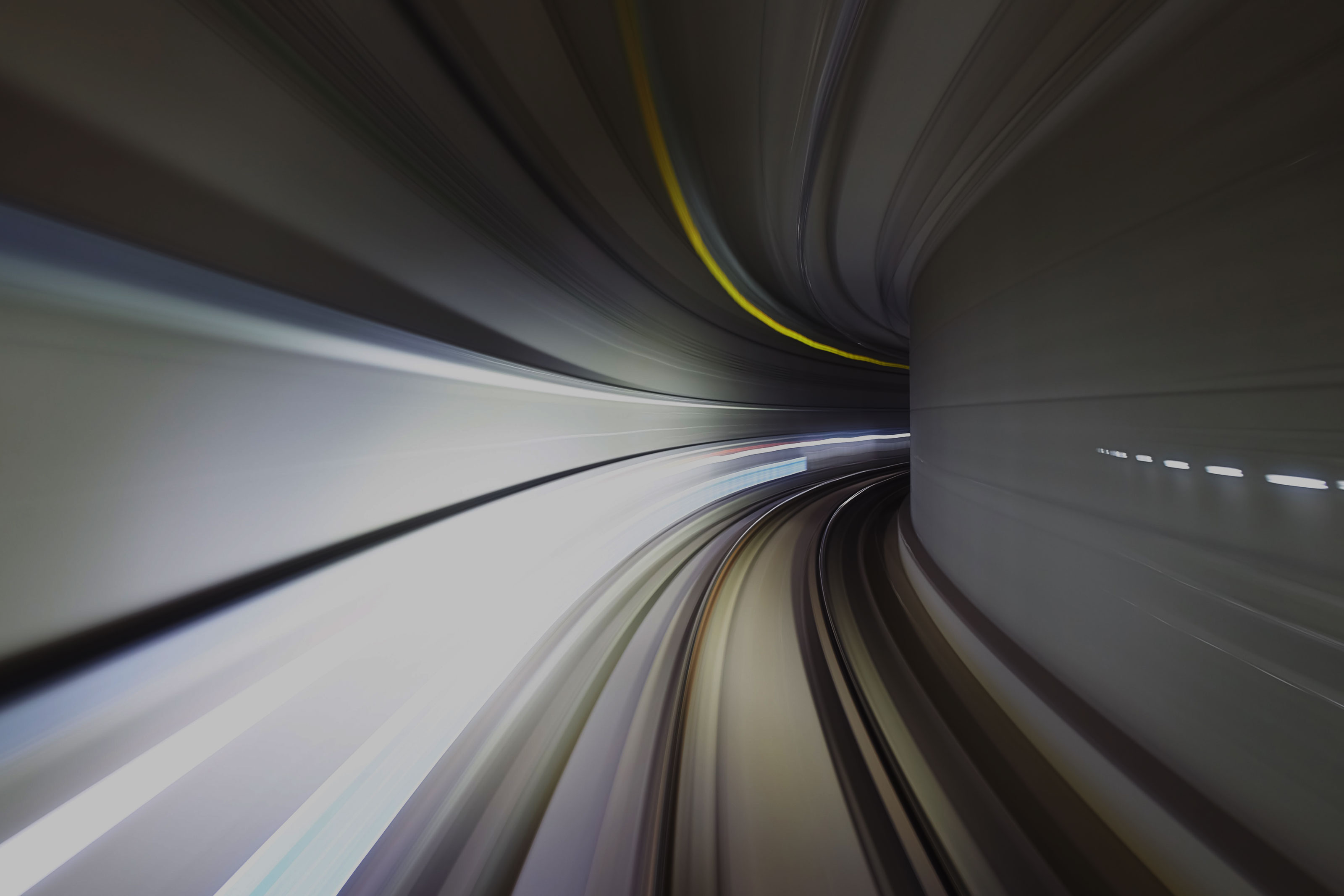 Located in the heart of York, one of the world’s most important railway cities, the National Railway Museum is set for a transformation. The museum is poised to become the cultural anchor for York Central, one of the largest city centre brownfield regeneration projects in the UK, and indeed Europe.

The re-routing of a major road that currently bisects the museum’s formerly industrial site and the regenerative uplift of the wider redevelopment means the museum can now create a revitalised physical presence, reflecting its status as a national cultural institution. Strategically, it aims to become the ​‘World’s Railway Museum’ – attracting new audiences interested in innovative technology, engineering and science – as well as better serving existing and emerging communities.

Accordingly, the National Railway Museum Central Hall Design Competition focused on an emblematic project due to open in 2025 as part of the museum’s 50th anniversary. This two-stage competition was open to both national and international integrated design teams, including architects and structural, civil and services engineers.

The new centrepiece building will create outstanding welcome, arrival and gallery spaces as well as improve the site’s connectivity and legibility. Circa 4,500 sqm, it will combine a new entrance experience with a spectacular 1,000 sqm gallery and public-facing spaces for orientation and reception. These spaces will showcase future acquisitions and innovative technology, as well as introducing the museum’s world-class collection.

The museum’s intention is that the Central Hall, which has a construction value of £16.5 million, will be of the highest architectural quality, embodying a confident national museum aesthetic (rather than station architecture). As the brief for competition finalists explained in the Search Statement, this should use warm, natural materials to reference the existing site and historic buildings and show an appreciation of scale appropriate to the context.

Shortlisted teams were also asked to propose enhancements to some of the fabric, infrastructure and organisation of the existing adjoining buildings; this secondary aspect of the project having an associated construction budget of no more than £10 million. Depending on the post-competition concept design, a proportion of these works may be delivered by the appointed team for this project.

At the first stage, design teams were required to read the Search Statement, fill out the online form and upload documents detailing their company information, proposed team composition and relevant experience.

The first stage of the competition attracted Expressions of Interest from 76 teams comprising 241 individual firms.

From these submissions, five teams were shortlisted in November 2019 and asked to create design concepts for the new Central Hall. These design concepts can be viewed here and at a public exhibition held at the National Railway Museum from 13 February – 29 March 2020.

The Jury met in February 2020 to interview the finalists and selected the team led by Feilden Fowles as the winner of the competition.

The National Railway Museum has long been regarded as a national treasure and is ranked amongst the most popular attractions in the UK, welcoming more than 750,000 visitors each year.

The museum is currently creating a dynamic new identity for itself – from a place associated with the past, to one which uses its collections to explore the contemporary and future power of science, technology and engineering.

In its strategic plan, the National Railway Museum’s Vision 2025, the transformed museum will juxtapose the vivid beginnings of railway history with the cutting-edge innovations shaping our world today. By celebrating the past, present and future of railways and engineering, the National Railway Museum aims to capture the hearts and minds of the next generation of engineers, innovators and thinkers.

In addition, as the cultural anchor of one of the largest city centre developments in the UK and Europe, the National Railway Museum will take a more holistic view of the purpose of a museum and explore how it can become a social and cultural resource for the city, meeting the needs of its audiences – local, national and international. The National Railway Museum in 2025 will be a must-see destination, a world-class institution and an essential part of its community.

The project at the heart of this competition, the Central Hall, will not only present a spectacular new 1,000 sqm gallery and public-facing spaces for orientation and reception, it will also be the catalyst that connects, rationalises and integrates the current museum estate.

There are currently two primary exhibition spaces at the museum, both rich in rail history: the Grade II Listed Station Hall, originally the Goods Station where rail vehicles were loaded and unloaded, and the Great Hall, originally part of the York North Engine Sheds, where workers prepared giant steam locomotives to pull mainline trains.

These will remain as the primary spaces exhibiting rail vehicles – but the new centrepiece building will showcase future acquisitions and innovative technology as well as explore all aspects of the railway’s evolution.

The National Railway Museum is located at the centre of York, one of the UK’s most historic cities, and sits next to the mainline station. The site housed goods yards and depots in the 19th century and remnants of railway heritage and infrastructure predominate today.

The museum’s site is split by a major road, Leeman Road, and is made up, essentially, of two separate main buildings: the Grade II Listed Station Hall on the southern site and the much altered and extended Great Hall on the northern island.

Currently, navigation across the two sites is challenging. There is an underpass that connects the two halves of the museum, but this provides neither a happy visitor experience nor equal accessibility.

However, York Central – a new 45-hectare redevelopment – will transform the disused railway estate and infrastructure that surrounds the museum. This has outline planning consent, including an envelope for the new Central Hall building.

York Central, supported by the UK government and rail industry, will create a series of new city centre residential and business neighbourhoods and is expected to play a pivotal role in the city’s economic growth and transformation, bringing wider regional benefits and adding an overall £1.16 billion boost to the economy.

Crucially for the museum, this wider city initiative provides the opportunity to integrate its estate. The new Central Hall, which will sit at the junction of the estate between Great and Station Halls, is to provide a seamlessly connected and integrated museum as Leeman Road is re-routed around the west and south of the York Central development.

Externally, York Central provides the opportunity to bring together the museum’s public realm for the first time, allowing for an integrated and landscaped setting that can support museum operations and programming to the rear of the site as well as provide a new forecourt and civic realm to the front, ​‘Museum Square’. Please note, however, this element of the York Central masterplan vision sat outside of the scope of this competition.

York is considered by many to be the birthplace of rail technology – the railway arrived in 1839 and dramatically revived the city’s fortunes. George Hudson, a draper from York, invested in the North Midland Railway and persuaded George Stephenson to build his railway line of Newcastle to London through York, instead of going straight to Leeds. Then, in its infancy, the railway was just 15 miles long and served by a makeshift wooden station. But by 1877, York Station had relocated to its current location and become the largest railway station in the UK.

Today, York is a thriving city with a population of over 200,000 and flourishing tourism, retail and restaurant sectors. Key industries include the financial and professional services, and creative and technology businesses, notably including Hiscox, Nestle and Aviva. The York economy is worth approximately £4.9 billion – supporting roughly 8,610 businesses and 114,000 jobs.

Known for its charming medieval street patterns, as well as its popular university, York continues its strong links with the rail industry. The city is home to major offices and headquarters for Network Rail, Northern Rail and LNER.

The National Railway Museum Central Hall Design Competition was a two-stage process, run in accordance with EU procurement guidelines and the UK Public Contracts Regulations 2015. This competition was advertised in the Official Journal of the European Union (OJEU).

The competition was managed on behalf of the National Railway Museum by Malcolm Reading Consultants (MRC).

Stage one – Expression of Interest

An open call for participation which was aimed at attracting the very best design talent and was open to international as well as national teams.

No design was required at the first stage. Integrated design teams of architects and structural, civil and service engineers who met the Search Statement’s requirements were invited to submit an Expression of Interest detailing company information; details of the proposed team; and relevant experience. The deadline for submissions was 14.00 BST Wednesday 16 October 2019.

In November 2019, a shortlist of five teams was selected to participate in the second stage of the competition.

Shortlisted teams were provided with detailed briefing information and invited to visit York for a site tour and seminar. Internationally-based competitors were required to propose a UK-based executive architect as part of their team at stage two.

The five teams were asked to produce design concepts, available to view in an online gallery, and at a free public exhibition held at the National Railway Museum from 13 February – 29 March 2020.

A technical panel reviewed the entries and produced a report for the competition Jury, who in February 2020 conducted interviews of the finalists. The team led by Feilden Fowles was selected as the winner.

Each shortlisted team that submitted a compliant entry received an honorarium of £30,000 at the conclusion of the competition.

The National Railway Museum’s new Central Hall will inhabit the space between the museum’s two main exhibition halls, integrating the museum estate for the first time in its history and creating an appealing arrival experience. The new building will also include a spectacular 1,000 sqm gallery intended to showcase future acquisitions and introduce the museum’s world-class collection.

The first stage of the competition was entered by 76 teams from 19 countries, and a shortlist of five teams was selected by a panel chaired by Dame Mary Archer DBE, Chair of the Board of Trustees, Science Museum Group.

The finalist teams were asked to develop design concepts for the new Central Hall, which can be found below, along with a short description by each team.

The five proposals were available to view at a free public exhibition held at the National Railway Museum from 13 February – 29 March 2020.

In February 2020, the Jury interviewed the finalists and selected the team led by Feilden Fowles as the winner.