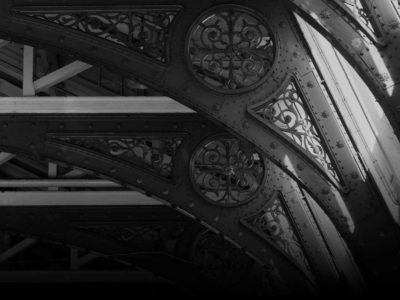 The museum’s collections are constantly growing as archaeological digs yield new discoveries and contemporary objects are acquired; indeed, the museum’s archaeological archive is officially the largest in the world. As well as documenting London’s history, the museum looks to the future, imagining what London will look like in years to come, and encouraging debate about the issues affecting London today.

The current museum comprises a series of chronological galleries with a strong emphasis on archaeological discoveries, the built city, urban development and London's social and cultural life, with interactive displays and activities for all ages.

The collections include: fashion and textiles; paintings, prints and photographs of London; the world’s largest archaeological archive; life stories from individual Londoners; objects from prehistoric, Roman, Saxon, Tudor and Stuart London; an array of historic documents, including the archive of the Port of London Authority; and numerous objects from contemporary London.

The museum was originally two separate museums. In 1965, the two collections – the Guildhall Museum, founded in 1826, and the London Museum, founded in 1912 – merged to create a single organisation. The Guildhall Museum was largely archaeological; its first acquisition was a fragment of Roman mosaic from Tower Street in the City of London. The London Museum, originally housed in Kensington Palace, had wider interests, collecting modern objects, paintings, and costumes alongside archaeology.

With the move to West Smithfield, the museum will relinquish its current building, designed by Powell & Moya and opened by Queen Elizabeth II in 1976. Located on London Wall – with fragments of the Roman wall just outside its entrance – it forms part of the Barbican complex of buildings created in the 1960s and 1970s.

The Museum of London is open 362 days a year (10am to 6pm), and currently employs 220 staff, as well as over 200 volunteers. It is jointly funded by the City of London Corporation and the Greater London Authority (GLA). It is governed by a Board, comprised of members appointed by both the Mayor of London and the City of London.

More information about the Museum of London

The Museum of London’s vision is to inspire a passion for London.

It does this through increasing public awareness, appreciation and understanding of London’s cultural heritage, its people and its stories:

Our ambition is to create a new museum for London for the 21st century, bringing back to life the historic buildings of Smithfield and forming an integral part of the City’s Cultural Hub.

We will become a ‘must see’ destination for both Londoners and visitors alike.