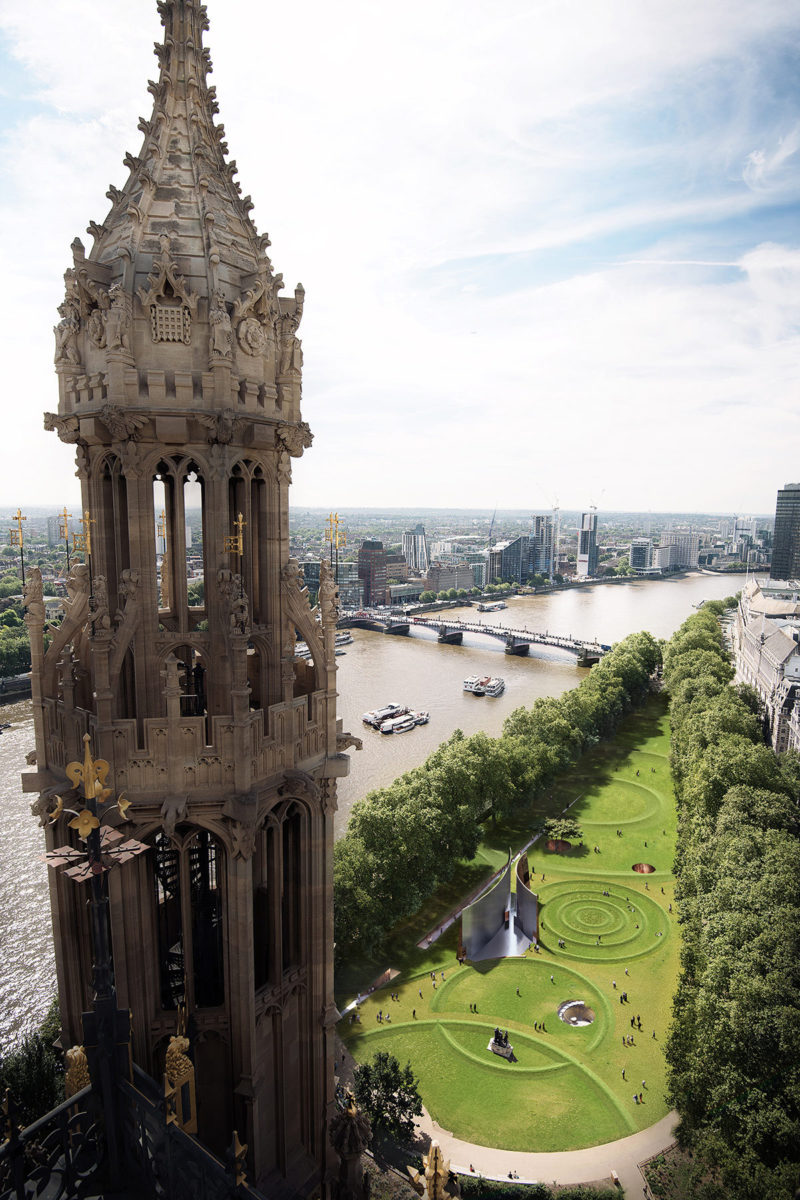 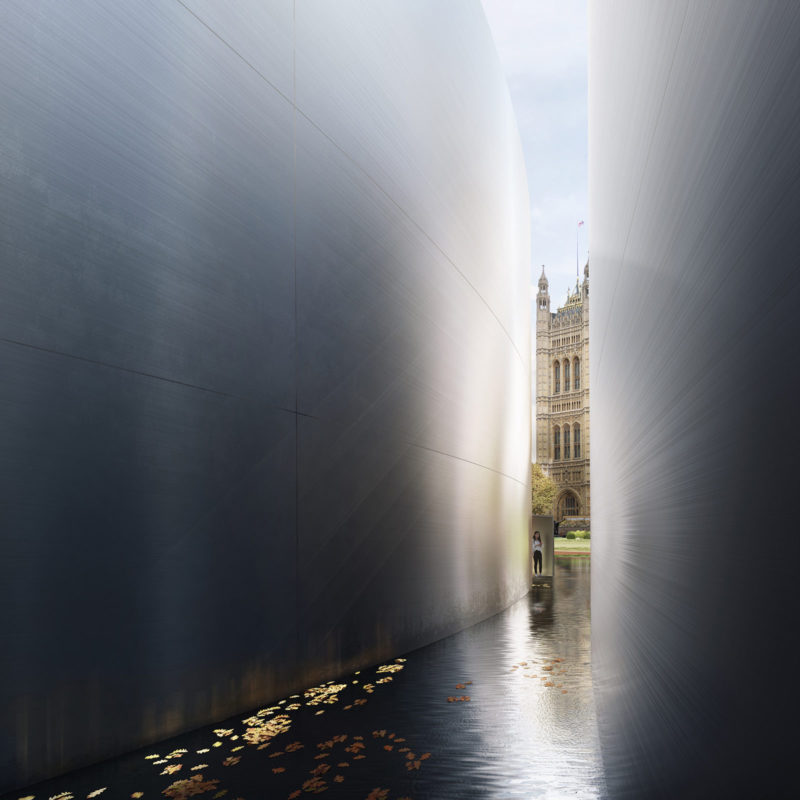 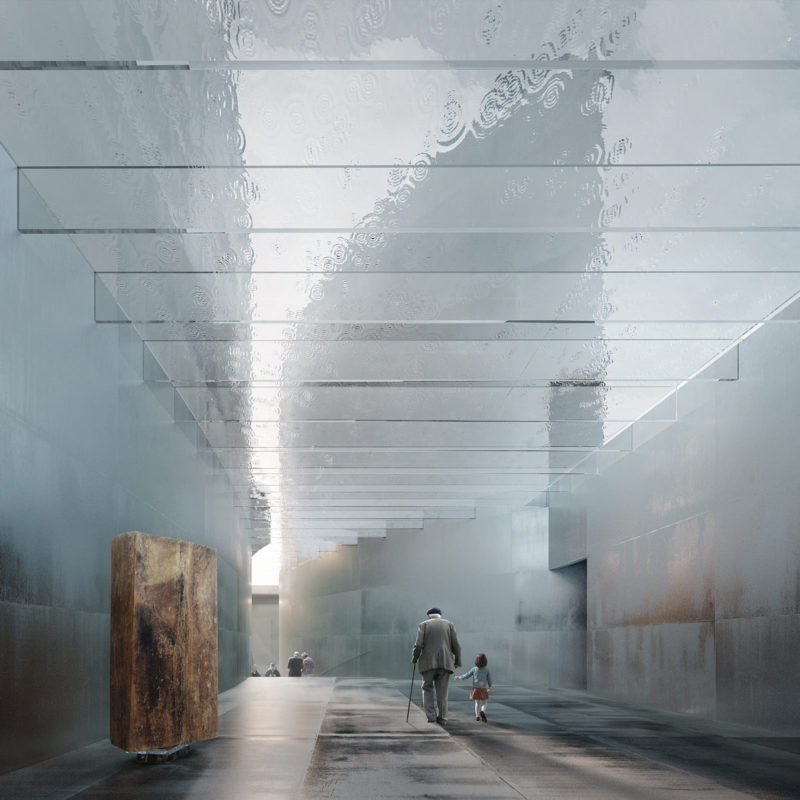 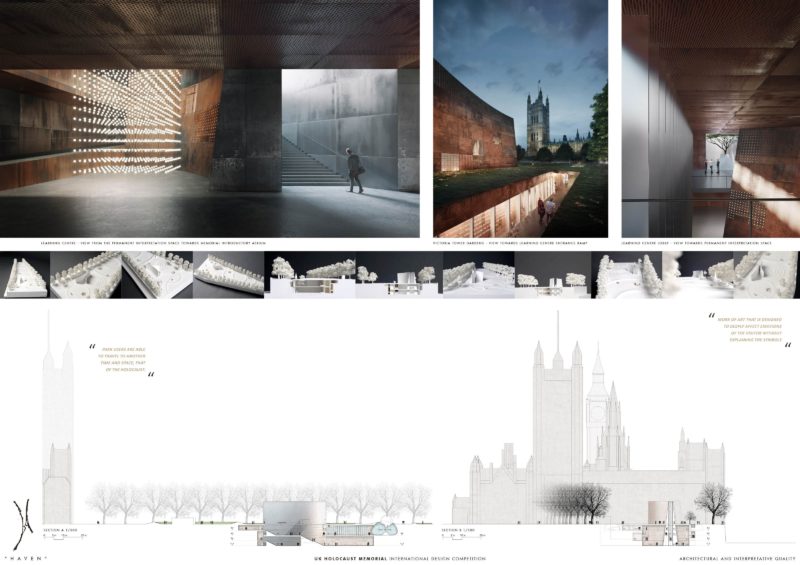 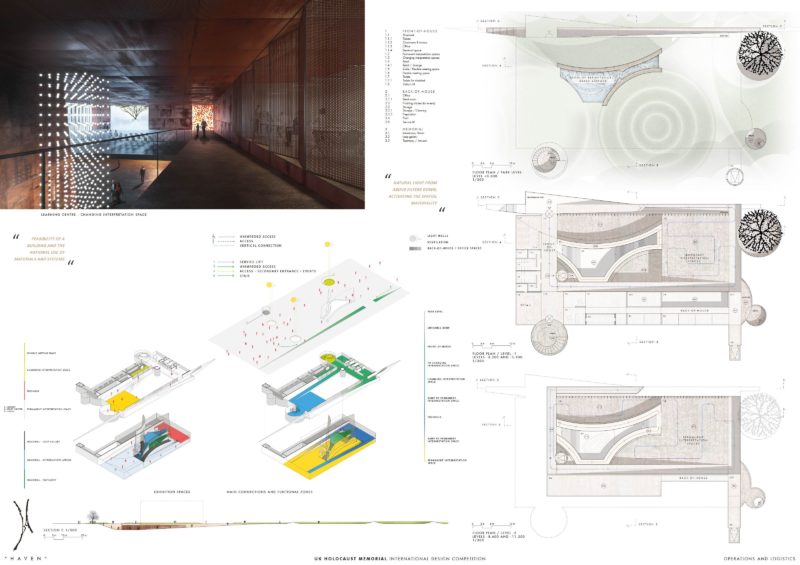 The UK Holocaust Memorial and Learning Centre summarises the Holocaust, the persecution and systematic mass murder against not only the Jews, but also against other minorities, that took place during the Second World War.

The Learning Centre provides information and evidence as well as an emotional and narrative experience about the era of the Holocaust.

The Memorial is a composition of two arcs facing each other and a water pool. The first arc describes the Holocaust, the other describes how it was experienced in the UK.

The visitor walks through the arcs - rust spaces - symbolically along the iron rail tracks. The destination is either a death camp or a train journey across the channel into the UK. The area between the arcs and the steel surface of the Memorial creates a bare space of tranquillity. The rusty or acidified steel sheets in the outer surface of the Memorial, the symbolic signs of ships and trains and the constant remembrance of home - they all refer to the tragedy of the Holocaust. The structures extending from the Memorial into the Learning Centre together with other rusty steel and concrete surfaces make one functional, artistic and emotional entity.