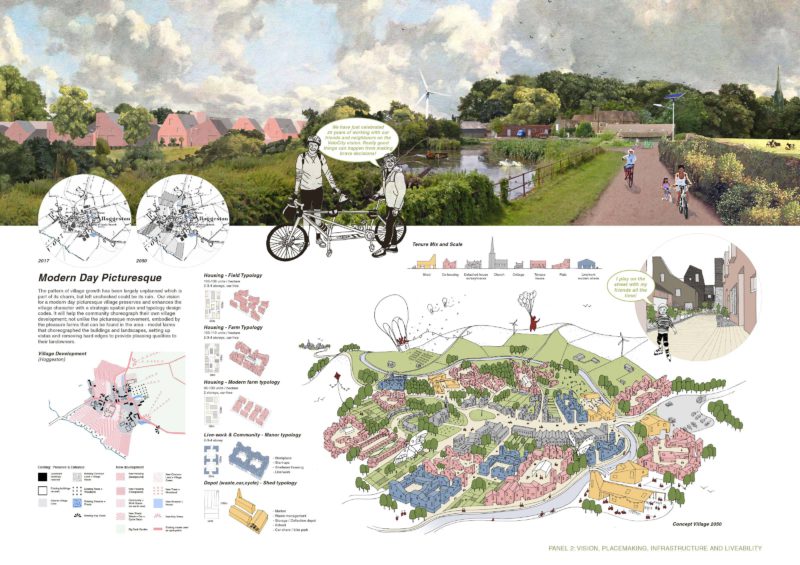 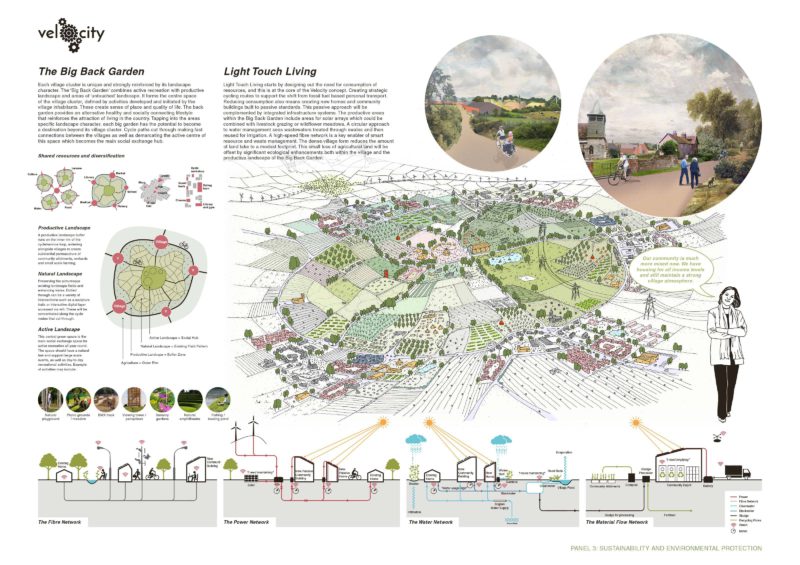 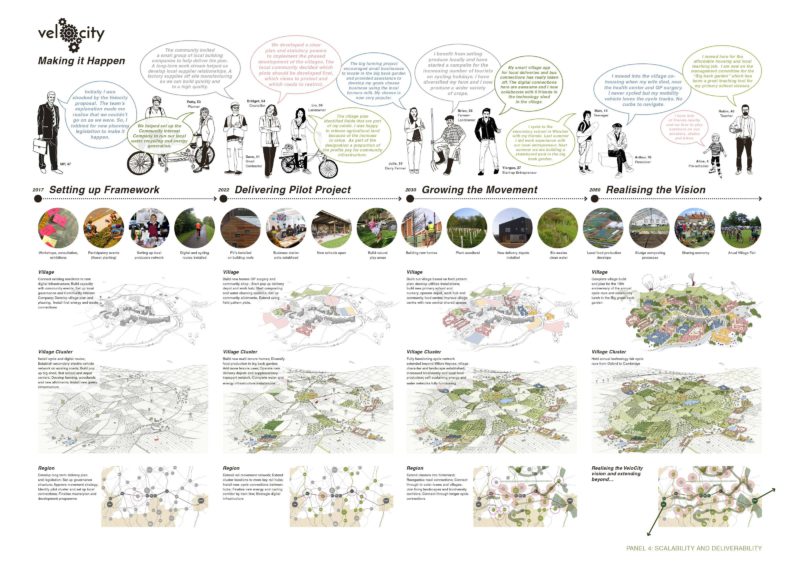 VeloCity is a unique region in the UK no longer reliant on the car, supported by an integrated system of fast rail and road links connecting major towns and cities and an associated finer grain network of local, medium and longer distance cycle routes.

The successful implementation of this transport strategy allows for traditional planning policy to be turned on its head and locations that were previously seen as unsuitable for growth have been transformed into well-connected and sustainable places.

Focusing on six villages situated to the south east of one of the new stations on the Oxford to Cambridge rail link, VeloCity advances a place-based vision for reimagining the 21st-century village.

It also considers how the vision might be delivered over time and the key actions and interventions that would need to be taken to make it happen.